Following the release of Animal Boyfriend iOS version, the Android version is now available in 10 countries!
On July, 14 the Android version of Animal Boyfriend was released in America, England, Australia, and Canada. However, based on popular demand and
coinciding with the iOS release, both versions are now available in 10 countries.
Countries that have been added:
Germany, France, Spain, Italy, Poland, and the Netherlands.
* The Android version has already been released in the United States of America, United Kingdom, Australia, and Canada

What is Animal Boyfriend ?
Animal Boyfriend is a super popular simulation game which already has over 1 million users in Japan. The game is targeted towards the female
demographic where you raise a cute animal that has recently gained a human appearance, into your dream boyfriend. Become his teacher and raise him
so he can become a refined human. 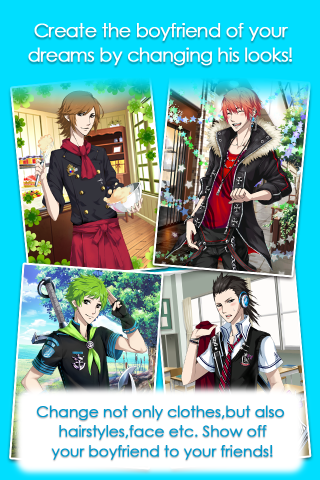 Not only do you have creative freedom over his face type, hairstyle, clothing, and accessories, but you can also change his personality for him to
become your perfect boyfriend. You can even raise him into a self-centered narcissist if you see fit. The choice is up to you!