TOP >  News
Demonade has been released in English on iOS Devices in 17 countries!

Ambition Co., Ltd., Japanese-based developer and operator of popular social games announced today that Mazoku no Jikan, the hit mobile RPG with over 1 million downloads in Japan, has been released in English on the iOS App Store in the following 17 countries under the title Demonade:

Help "Ardy", a tomboy zombie who just became the new Demon King take over the world!

Summon and Synthetize monsters, forge new equipment and form alliances with other players to increase your chances of winning the war against the humans.
Take an active part in battles by commanding your troops and enjoy the crazy story between the stages.
Regular events won't leave you time to get bored! 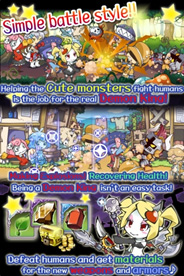 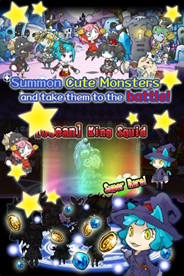